Mr. Gassett’s practice is primarily general litigation and appellate matters, with a focus on construction law and commercial disputes.  Throughout his career, Mr. Gassett has worked on all types of litigation matters, ranging from small claims cases to complex commercial litigation. He has been recognized as an Oklahoma Rising Star in the field of General Litigation by Oklahoma Super Lawyers Magazine. Mr. Gassett is admitted to practice before all Oklahoma State and Appellate Courts, Federal Courts of the Northern and Western Districts of Oklahoma, Cherokee Tribal Court, and the 10th Circuit Court of Appeals.

When he is not practicing law, Mr Gassett enjoys spending time with his wife Cristen, and two young sons, Clete and Cooper. 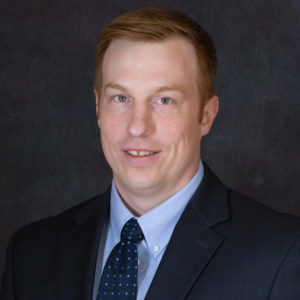