Zach Duvall obtained his undergraduate degree in 2007 from the University of Oklahoma, and his law degree in 2013 from Oklahoma City University. He was admitted to the Oklahoma Bar in September, 2013.  During law school, Mr. Duvall obtained a Certificate in Energy and Natural Resources Law. After law school, Mr. Duvall entered private practice where he practiced criminal and civil litigation, and conducted title examinations.  Subsequently, Mr. Duvall worked for a large oil and gas exploration and production company.  Before joining the Firm, Mr. Duvall served as Assistant General Counsel for the Transportation Division of the Oklahoma Corporation Commission.

Mr. Duvall and his wife have two children. 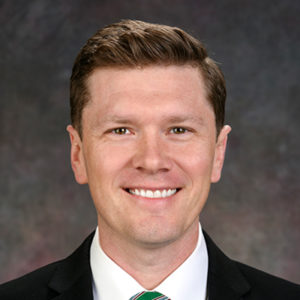